Last night was a classic Montreal experience with loud music, dancing bodies, loft party, shirtless people and everything in between.

There were 4 parties happening in the same giant building and one of the rooms was playing swing and old time disney cartoons playing on a giant projection screen all night. Was so awesome.

I wanted to draw so I asked someone for a pen and paper.

This is what came out. 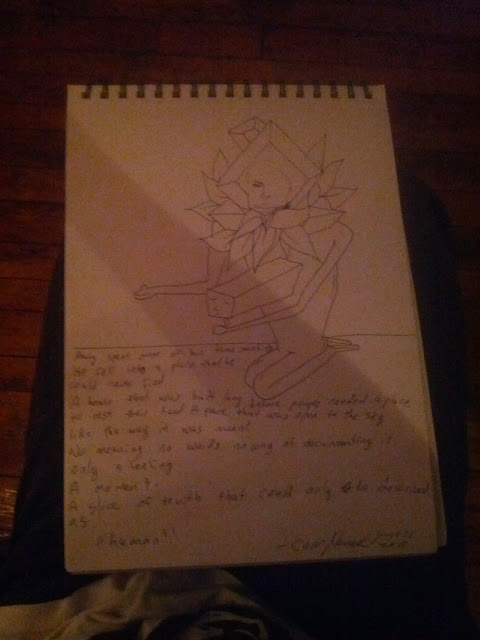 "Having spent most of his time searching
He fell into a place he could never find
A home that was built long before people needed a place to rest their head/
A place that was open to the sky
like the way it was meant
No meaning. No words. No way of documenting it.
Only a feeling.
A moment.
A glimpse of truth that could only be described as one thing,
Human " 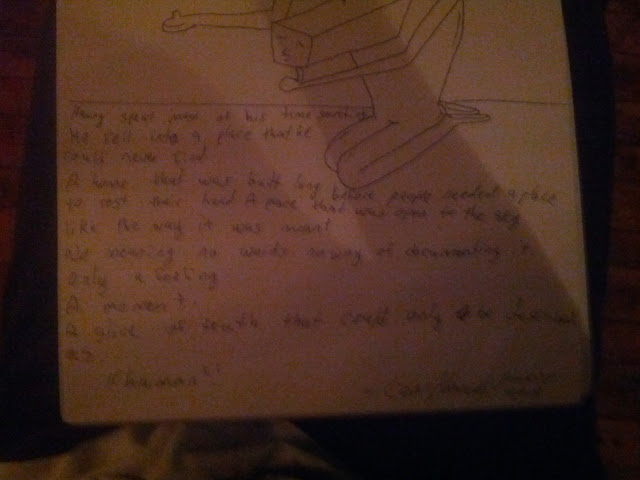 I have no clue where this story came from, but the person who kept the book seemed to enjoy it.
Letting things flow out of your creative voice is different than speaking from your mouth. Having the right space with the right people and the right sounds, lights and atmosphere can make you say and do things that you never thought possible. Things that speak to people in their blood and not their ears.